Why do we do this?  What's so special about the Devonian time period?

The Devonian (350-417 million years ago) was a time of dynamic long-term climate change and substantial changes in biodiversity. Trees and seed plants produced the first multi-storied forests during the Middle Devonian, and this rapid rise of land plants was coupled with topsoil development, nutrient runoff and rapidly decreasing atmospheric CO2 values from 4000 ppm to nearly present-day values by the latest Devonian. This dynamic climate shift was associated with a complete reorganization of marine ecosystems, in a series of extinction events associated with ocean anoxia (particularly the Kellwasser Event and the Hangenberg Event). Taken together, these Late Devonian changes in biodiversity result in one of the "Big Five" mass extinction events in Earth's history.

In the United States, we are currently exploiting this series of Late Devonian mass extinctions as part of our national energy policy. The shale gas currently being extracted by hydraulic fracturing methods (aka "fracking") is organic carbon sequestered during these Late Devonian extinction events!

Our research team seeks to understand not only the causes and mechanisms of these extinction events, but also the systematics of what happens in the aftermath.

Questions we are trying to answer

Most of what we know about the Late Devonian comes from the basins and shallow epicontinental seas of Europe and North America.  To address this, the DAGGER group works in understudied areas around the world to better understand Late Devonian ocean anoxia events.  In particular, we work in the Central Asian Orogenic Belt (CAOB) to get a better sense of oceanic environments outside of the range of the rising Appalachian mountain chain. 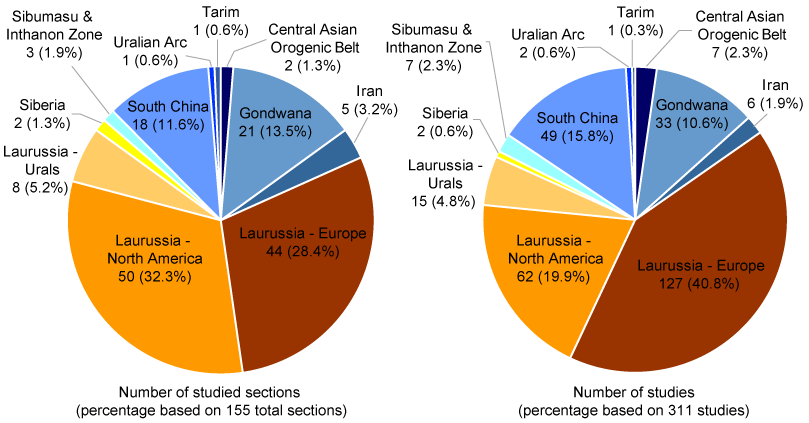 Our goal is to work in sites that are not associated with major continental blocks or major collisional mountain belts to avoid any tectonic megabiases and better understand open oceanic conditions during this time.